I had a Chimney Fire – Now What? 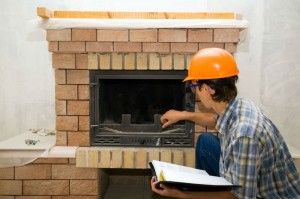 No matter how large or small it is, a chimney fire can be a scary experience. Many homeowners are left wondering what to do after a chimney fire: can I use my fireplace again? Is my house still safe? How much damage did the chimney sustain? Will my chimney have to be torn down and rebuilt or just relined?

If you have had a chimney fire, make sure to call a CSIA certified chimney sweep before attempting to use your fireplace again. Because all chimney fires are different, the recovery process for your home will be equally unique.

Signs of a chimney fire

While large chimney fires are easy to spot, small chimney fires may go unnoticed. A chimney fire may be accompanied by loud popping noises, excessive amounts of dense smoke, or an intense, hot smell. The following signs are indicators that a chimney sweep will look for to detect whether or not you have had a chimney fire:

Chimney repair after a fire

Because each chimney fire is unique, there is no one size fits all solutions as to what repairs are needed after a chimney fire. For homes that have had minor chimney fires, repairs might be limited to removing any remaining creosote and the need to replace a few flue tiles. Larger fires may require the entire flue to be relined, while major chimney fires causing significant damage can even require the entire chimney to be rebuilt. Rebuilding is often recommended if the structural integrity of the old chimney has been compromised in the fire, as the old chimney may affect the safety of your home and family.

As the damage caused by chimney fire can vary so widely, it is important to have your chimney system evaluated by a professional chimney sweep as soon as possible after a chimney fire.

Luckily, chimney fires are almost entirely preventable with regular maintenance – a clean chimney simply cannot catch fire. Having a yearly chimney sweeping will remove any creosote buildup in the flue. Even glazed creosote can be removed, allowing you to safely use and enjoy your fireplace.

Homeowners can help prevent excessive creosote accumulation by following a few easy guidelines. First, only seasoned firewood should be burned in the fireplace; green or freshly cut wood has a high moisture content, which in turn produces more creosote. In addition to only using seasoned wood, homeowners should avoid smoldering or low temperature fires. A low temperature fire is often the result of incomplete combustion which creates large amounts of creosote.

If you suspect your home has suffered a chimney fire, contact Magic Broom today. Our expertly trained staff can help identify the damage caused by a chimney fire, recommend and make repairs, and give you the knowledge to help prevent another chimney fire in the future.