Home » Blogs » Keeping Animals Out of Your Chimney

Keeping Animals Out of Your Chimney

Animals can be beloved additions to our families — but those usually aren’t the ones that creep in through our chimney flue.

An open, uncapped flue can invite all kinds of animals, from birds and bats to squirrels and raccoons, to climb right into our homes. And their decision to become uninvited roommates is more than just annoying. (Though it does tend to be plenty annoying, from their squeaks and squawks to incessant clawing.) 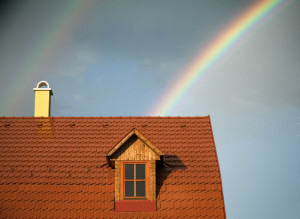 Birds and squirrels bring in debris to build nests, and that debris — usually sticks, twigs and brush — is almost invariably flammable, and often obstructs your flue, too, which creates a serious fire hazard. Those animals can also bring in bugs like fleas and ticks, and a frustrating variety of undesirable odors.

It’s not just grown birds and mammals in search of a home that you need to worry about, either. It’s not uncommon for baby birds or other young animals to fall into an open flue. If they can’t climb up, they’ll try and get into the house. And if they can’t get out through the flue or the fireplace, they’ll likely die in your chimney.

Chimney Professionals Can Usually Remove Animals – But Not Always

If squirrels or raccoons set up shop in your chimney, you can call a certified chimney professional to remove the unwanted visitors and clean up the mess and damage they caused. But not all animals can be legally removed.

Certain birds, like chimney swifts, are federally protected, so you can’t legally remove the nests, mothers or babies from your chimney. They will eventually migrate, but you’ll have to wait for them to pack up and leave. And chimney swifts are known for flying right back to their past nesting sites, so if you do nothing to improve your chimney, you can expect the birds to return again and again.

How To Keep Animals Out Of Your Chimney

The easiest way to make your chimney inhabitable to animal visitors is to have a chimney technician install a properly sized chimney cap with an animal guard. These make it so there isn’t an adequate opening for animals to get in — but your chimney will still be able to function properly, venting hot air and gases from your appliance.

Chimney caps provide protection beyond that, too — they’re another way to keep water from coming into your chimney system when it rains or snows.