Home » Blogs » What is Involved in a Chimney Relining?

What is Involved in a Chimney Relining?

While chimney relining might seem like a daunting project with major construction, modern relining can be done easily and efficiently with a minimum amount of muss and fuss. If you are preparing to have your chimney relined, the following information can help you understand the relining process.

What is chimney relining? 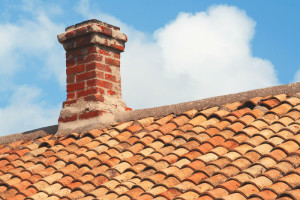 To understand chimney relining it is important to first understand what a chimney liner is and what function it serves.

The Chimney Safety Institute of America defines a chimney liner as “A clay, ceramic, or metal conduit installed inside of a chimney, intended to contain the combustion products, direct them to the outside atmosphere, and protect the chimney walls from heat and corrosion.”

How important is relining my chimney?

Although the tiles lining most chimneys are built to last, years of exposure to heat or corrosive byproducts of combustion can cause the chimney liner to erode or crack. When this happens, a serious safety problem is created; without the protective liner, surrounding building materials can be exposed to the heat from the fire. Likewise, gasses and smoke can sometimes escape out of the chimney and into your home. Because of this, it is important to have a damaged chimney relined as soon as possible.

Damage may not be the only reason a chimney needs to be relined; a change in the fireplace system may also require relining. Installing an insert or changing fuel sources can affect how small or large the flue needs to be. In order to maximize efficiency and prevent drafting or performance issues, your chimney may need to be relined to better fit the new fireplace.

The chimney relining process doesn’t have to be difficult; let the experts at Magic Broom guide you through every step of the process. Contact us today to learn more about the benefits of having your chimney relined!