Chimney Services » Blogs » What is Level 3 or Glazed Creosote?

What is Level 3 or Glazed Creosote? 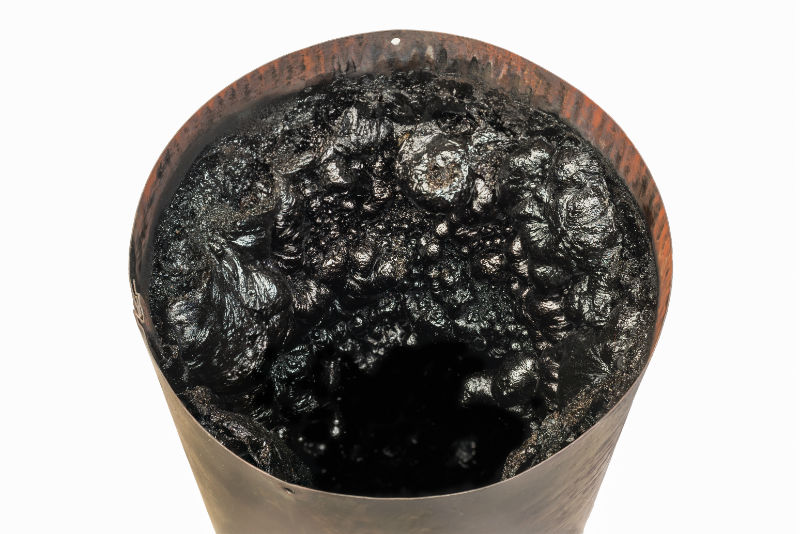 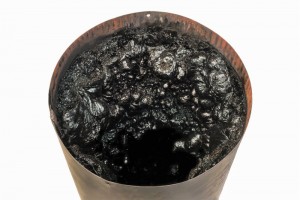 Many homeowners are used to the presence of creosote in their flue, expecting to see small amounts of creosote flakes or soot in between chimney sweepings. However, if left unremoved this soft creosote can harden into a thick, tarry substance. Known as Level 3 or glazed creosote, it can seriously increase your risk of chimney fire and damage your chimney and flue.

Creosote is created during combustion. While most fires produce small amounts of creosote, it is made worse when fires are allowed to smolder or burn at low temperatures of if green firewood is used.

There are three levels of creosote:

Glazed creosote, which is thick and tarry, forms when creosote rapidly accumulates in the flue before the previous layers have dried. As it hardens, glazed creosote dries into an extremely hard and dense substance that can damage the flue and chimney structure.

Glazed creosote is often caused by burning green or unseasoned firewood. Likewise, an improperly sized flue or burning a fire at a low temperature for a long period of time can also cause glazed creosote to form.

Glazed creosote is extremely flammable. Because of this, a hot fire can easily cause the glazed creosote to ignite. This can lead to a dangerous, fast burning chimney fire than can quickly spread to the roof or other parts of your home.

Because it has dried and hardened onto the walls of the flue, glazed creosote cannot be removed with traditional chimney sweep brushes or tools. Typically, glazed creosote is removed using special acids or chemicals. However, this process is often extremely time consuming and requires a great deal of time and patience.

In cases of severe glazed creosote, it may be recommended to have the entire chimney relined. While this may seem drastic, it prevents any creosote from being left behind as well as ensures that the creosote buildup has not caused any underlying damage to the flue.

If you are struggling with glazed creosote in your flue, contact the experts at Magic Broom Chimney Sweeps today. We can remove your glazed creosote and allow you to safely enjoy your fireplace again!